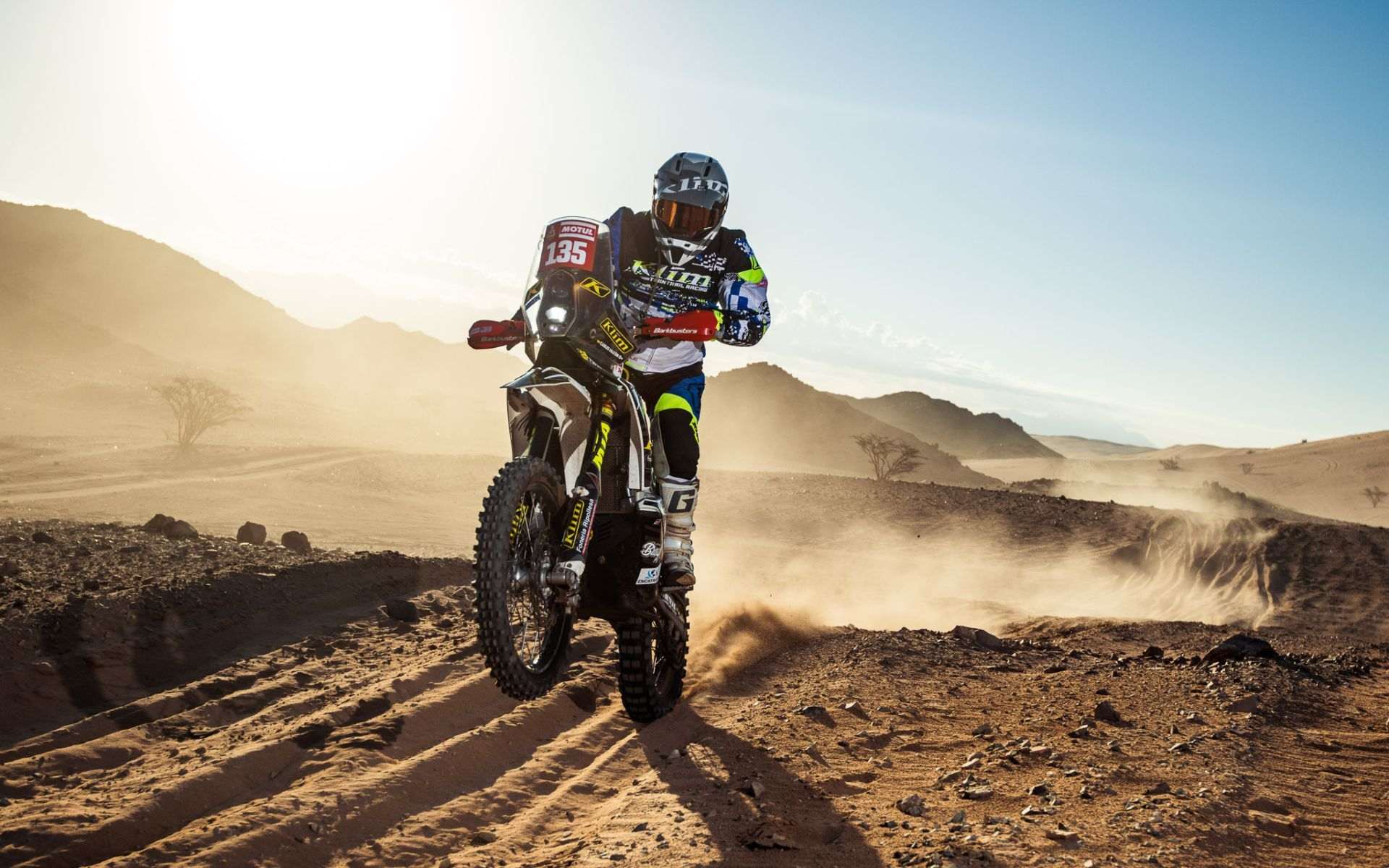 KLIM TwinTrail Racing has already had a first-hand taste of what the Dakar is. Isaac Feliu (# 134) made the first link of about 225km until the start of the prologue stage without any problem, but when he started the bike again, it did not work. After a long time he has managed to solve it and start the prologue of the Dakar 2022, which has finished in 83rd position. Albert Martín (# 136) and Carles Falcón (# 135) completed the stage without problems, finishing 69th and 80th.

Breakdown, stress and nerves before the Dakar debut

The Dakar is not just any rally and he warned Isaac Feliu on his first day. The rider from Talavera reached the starting point of stage 1A of the Dakar 2022 on time, but when he was going to access the roadbook pick-up area, the bike did not want to start. He has entered pushing so as not to waste his time. He had 20 minutes in this waiting area that he has made the most of together with the help of his teammates, Albert Martín and Carles Falcón, with whom they have been thinking and looking for what the problem was. The minutes fly in these situations and the time has come for Albert and Carles to start. Both riders headed for the start, having to leave their partner alone. After a while and thanks to the support of an Argentine rider, Diego Noras (# 122), Isaac was able to solve the problem, which was in a relay. In a hurry and running, the Spanish rider collected his tools, put on his helmet and gloves and headed for the starting arc.

Upon arriving at the first bivouac of the Dakar 2022, Feliu explained: “I have a theory that it is all related to the engine that I broke in Morocco. After 600km of connecting I have thought a lot: when sand got into the engine we were giving a lot to the demarré until the engine stalled. We changed the engine and the battery broke, which then did not charge everything it played. The fuel pump relay got seized and then it was half connected and therefore not charging at all. In the chrono I have put the relay of something else, the bike has started and now we have bought an original one, we have changed it for the one that has burned out. I hope this problem ends here. ”

Despite having started the Dakar 2022 on the wrong foot, Isaac Feliu was able to complete the 19km of the prologue stage without any further problems. Although he surely has not been as concentrated as he would have liked and it was not the start that he had mentally considered, he did not make a bad time.

The day started very early for the three KLIM TwinTrail Racing riders, who woke up at 4 in the morning, since the start of the special was 225km from Jeddah, where the Dakar unloading park was located. The pilots of the Spanish team, since they compete in the Original by Motul category, did not have their tents or sleeping bag with them – which was already in the truck on the way to Ha’il – so they had to get up early.

Once at the start of the special, although Carles Falcón and Albert Martín shared nerves with Isaac’s breakdown, they calmly performed the prologue, recognizing ground, taking the Dakar and without making mistakes early. It was a good debut, in a short 19km stage that combined 57% sand, 33% dunes and 10% dirt.

The Valls rider Albert Martín told us after completing the long 595km link: “I went little by little in the prologue, it was a month since I got on the bike due to the tibia injury and I wanted to make sure. I didn’t have a good feeling and when I got to the top of a dune I stopped to feel more comfortable, but the bike fell because I didn’t want to put my foot down hard. I want to go out tomorrow because today has been many kilometers of road. ”

On his side, the Tarragona rider Carles Falcón ended up happy with his result: “there has been a bit of everything, track, track with sand, stone, dune… the most important thing today was not to get hurt. I have gone out to be sure at all times. At the level of sensations I have felt a bit clumsy because since the Rallye du Maroc that I did not take the bike, but as we go adding kilometers we are going to get the feeling. ”

First stage: loop in Ha’il with 334km of special

Tomorrow the Dakar really starts, with stage 1B that has 334km timed and 212km of connection. The pilots will start and finish in the same town of Ha’il, located in the north of Saudi Arabia, an area that offers mountainous landscapes that mark the contrasts of the Dakar route. The arena will also be present, although not prominently, it will only be for tracks. What can already be an important element is navigation.