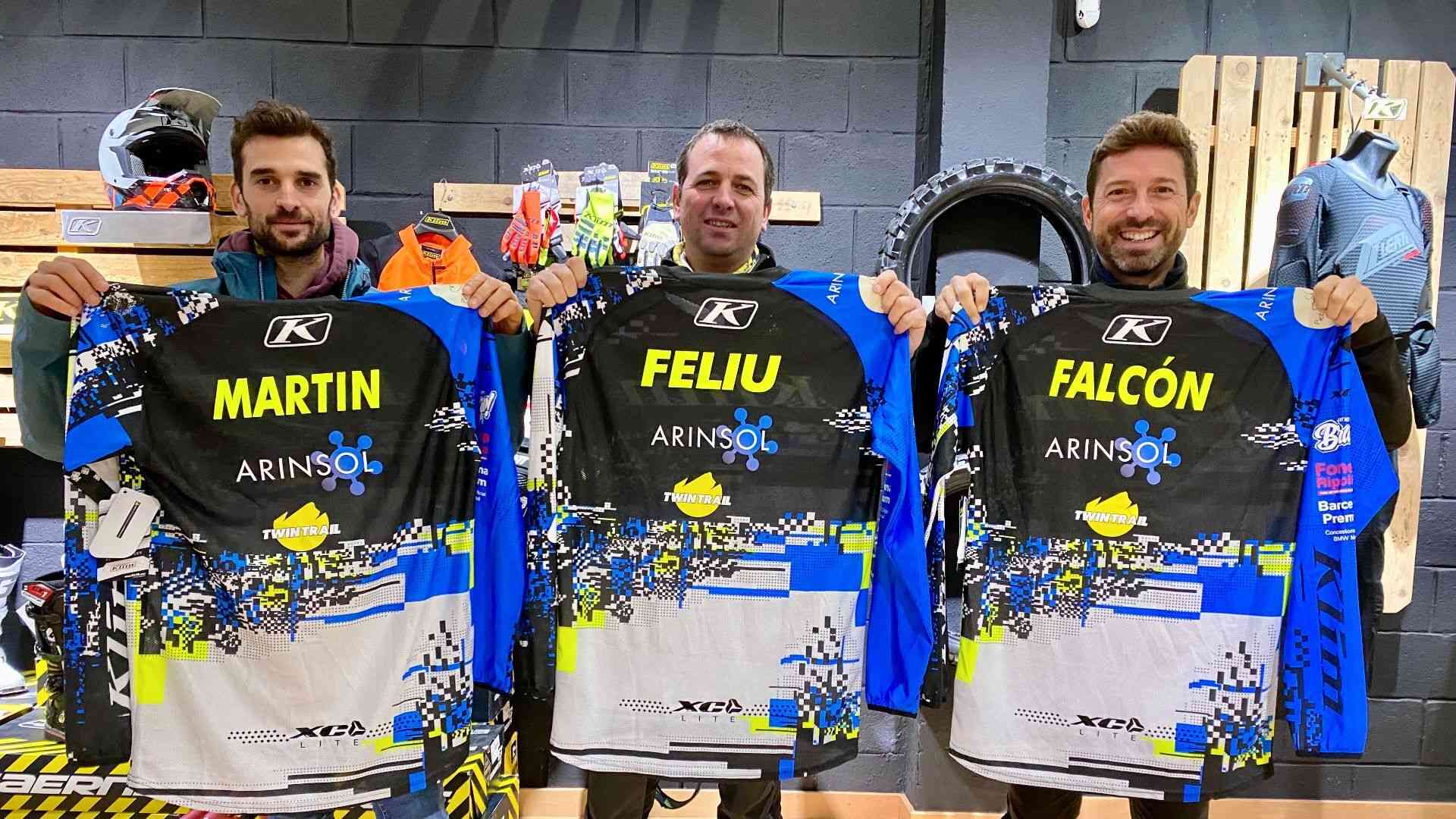 The Spanish team KLIM TwinTrail Racing has everything ready to travel to Saudi Arabia and complete the more than 8,000km of the Dakar 2022.

The three riders who will make their debut in the toughest Rally in the world, the Dakar, without nerves and with a lot of motivation.

The countdown to Dakar 2022 is already underway. Next week KLIM TwinTrail Racing will be in Saudi Arabia to start the Dakar adventure, a dream for many and a big challenge for all participants. This 2022 the Dakar starts on January 1st with the prologue stage in Jeddah and will end on January 14th in the same Saudi city.

The Dakar officially starts on January 1st, but before that date, all drivers must pass the bureaucratic phase. On December 27 and 28 they will be able to pick up the motorcycles in Jeddah, on 29th and 30th they will have the option to test the motorcycles in the private test, and on the same day 30th, is the date on which the three KLIM TwinTrail Racing riders must pass administrative and technical verifications. This consists of the presentation of all the documents corresponding to the motorcycles, insurance, licenses, as well as the approval by the organization that the motorcycle complies with the regulations FIM.

Once the verifications have been passed, the riders will be able to focus 100% on the race. A concentration that they need – and a lot – since they will have to complete 8,375km (adding liaisons and specials) for 14 days and divided into a prologue and 12 stages.

The first day will be one of the hardest, with only 19km of special – since it is the prologue – but around 600km of liaison from the city of Jeddah to the first bivouac of Dakar 2022 in Ha’il. From the second day of the rally, the stages are already balanced in the number of timed kilometers and number of links. The stage with the longest special will be on January 5, with 465km timed, while the shortest the last one, with 163km of special, but 676km of connection.

The three KLIM TwinTrail Racing riders, unnerved for their debut

It seems that for now the nerves of the debut are not affecting any of the three Spanish riders who will participate in the Original by Motul category. Carles Falcón, who emphasizes that his strongest point is consistency, affirms: “I‘m not nervous. I’m sure that when I’m on the bike ready for the prologue stage I will be, but they are common nerves and once it starts, you focus on the race and you forget everything.”

Albert Martín, who suffered a severe fall almost a month ago in the last round of the Spanish TT Raids Championship, is recovering favorably and may be on the starting line of the Dakar 2022. “I had considered myself the last month before the Dakar otherwise, but I have had to rest and recover. I am well and emotionally with a lot of energy.”

Finally, the third member of the team, Isaac Feliu, is motivated and, despite the fact that “I should say that my only objective is to reach the finish line … I am competitive and I will try to do my best.”

In the absence of a few days to travel to Saudi Arabia, the three pilots are taking the opportunity to leave everything as controlled as possible at work level and spend as much time as possible with their respective families these Christmas days.