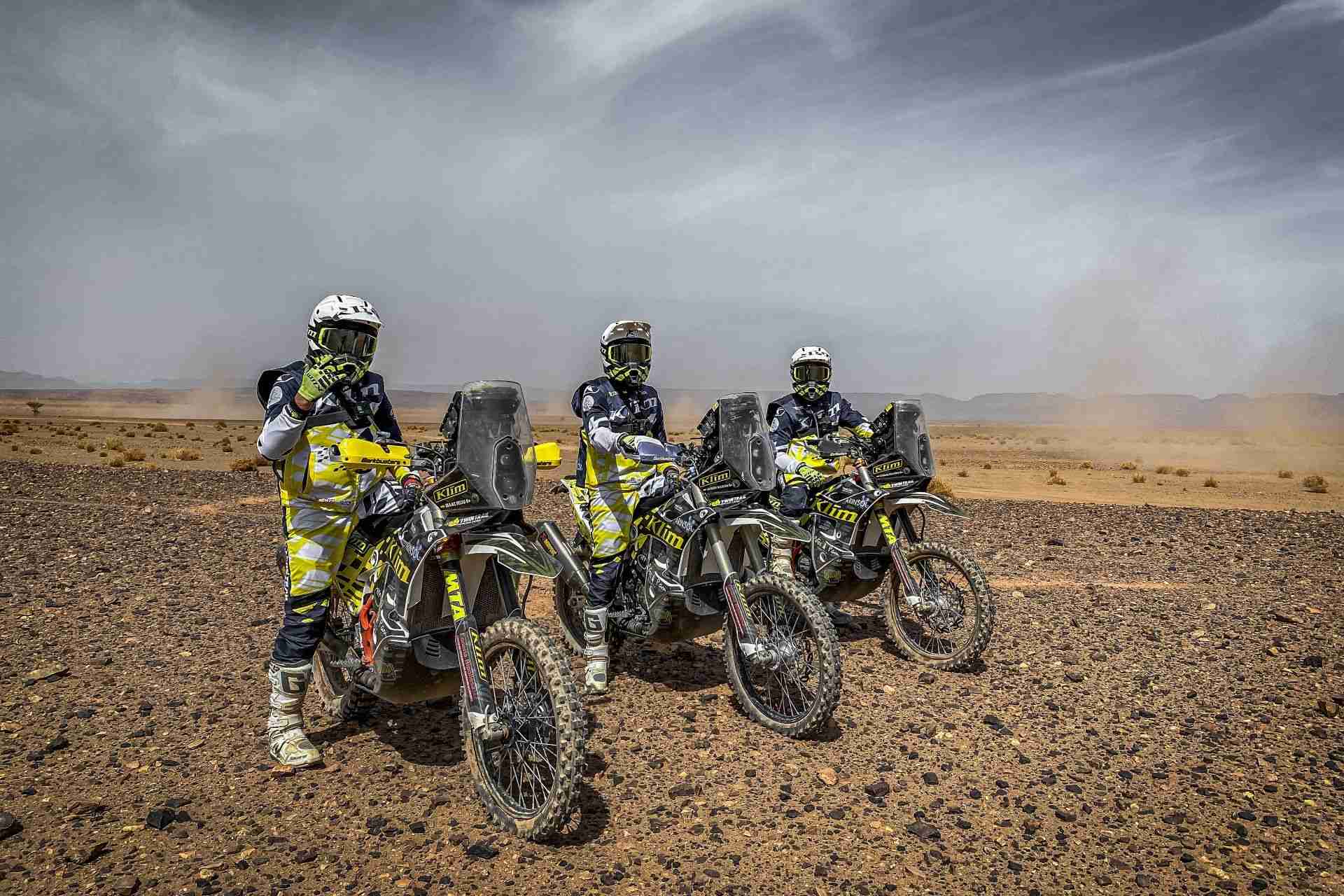 The Dakar organization has confirmed the participation of the three KLIM TwinTrail Racing riders in the 44th edition of the toughest rally in the world.
After successfully completing the Andalucía Rally and the Rallye du Maroc, Isaac Feliu, Carles Falcón and Albert Martín will be in Saudi Arabia next January.

KLIM TwinTrail Racing achieves the objective for which it has been working since the beginning of the year: the classification of its three riders for the Dakar 2022. The project that started last January through the TwinTrail Talks programs on YouTube now reaches its final phase after confirming that Isaac Feliu, Carles Falcón and Albert Martín will debut in the Dakar Rally in the Originals by Motul category next January.

KLIM TwinTrail Racing’s Road2Dakar started just 10 months ago. In January, when the 43rd Dakar Rally was held, Isaac Feliu, Carles Falcón and Martín Solana, three fans of the motorcycle world, amateur riders and friends, carried out a live program on YouTube to follow each of the Dakar stages called TwinTrail Talks. That was the turning point with which the TwinTrail Racing Team was born. Feliu and Falcón, founder and worker of TwinTrail, respectively, lived this edition closely and with it, the bug jumped to dare to face the toughest rally in the world a year from then. In a couple of months, the team was completed with the Catalan rider Albert Martín, the three of them got the right bikes for this race and got down to work to get the classification.

The three Spanish riders have been completing each of the challenges that have been proposed to them in 2021 to qualify for the Dakar 2022. In the month of May, they raced the Andalucía Rally and completed it with good results: Albert Martín was the fastest with a 17th position, Isaac Feliu, with a mechanical problem in the last stage, finished 30th and Carles Falcón, who helped his teammate, was 40th. In October, the three riders faced the final exam, the Rallye du Maroc, the most similar rally to the Dakar. Again, the three Catalan riders overcame this challenge: Isaac Feliu finishing 20th, Albert Martín 22nd and Carles Falcón 32nd. In both races, the KLIM TwinTrail team has already participated in the malles moto category, without assistance, with the aim of preparing as well as possible for the Dakar 2022.

After the official confirmation this week by the organization, the team now faces a two-month countdown to prepare everything necessary. One month from now, the riders must deliver the bikes in Marseille, so now is the time to leave the bikes in perfect condition so that they can complete all the stages of the Dakar. Being a team that competes in a category without assistance, everything that can be reviewed now will be one less concern in Saudi Arabia.

One of the main characteristics of this KLIM TwinTrail Racing is the family that has been created during this year. With the idea of publicizing the project, being able to explain first-hand – detail by detail – what the preparation for a Dakar is like, share curiosities about the world of rallying and, in addition, create a group of fans and add a bit of budget for this challenge, the team created the Supporters. Being a Supporter is the way to support the team financially and emotionally, being part of a private Telegram group that is in daily contact with the three riders and the rest of the people who are part of the team (TwinTrail). There are already more than 700 Supporters who are accompanying KLIM TwinTrail Racing in this Road2Dakar.