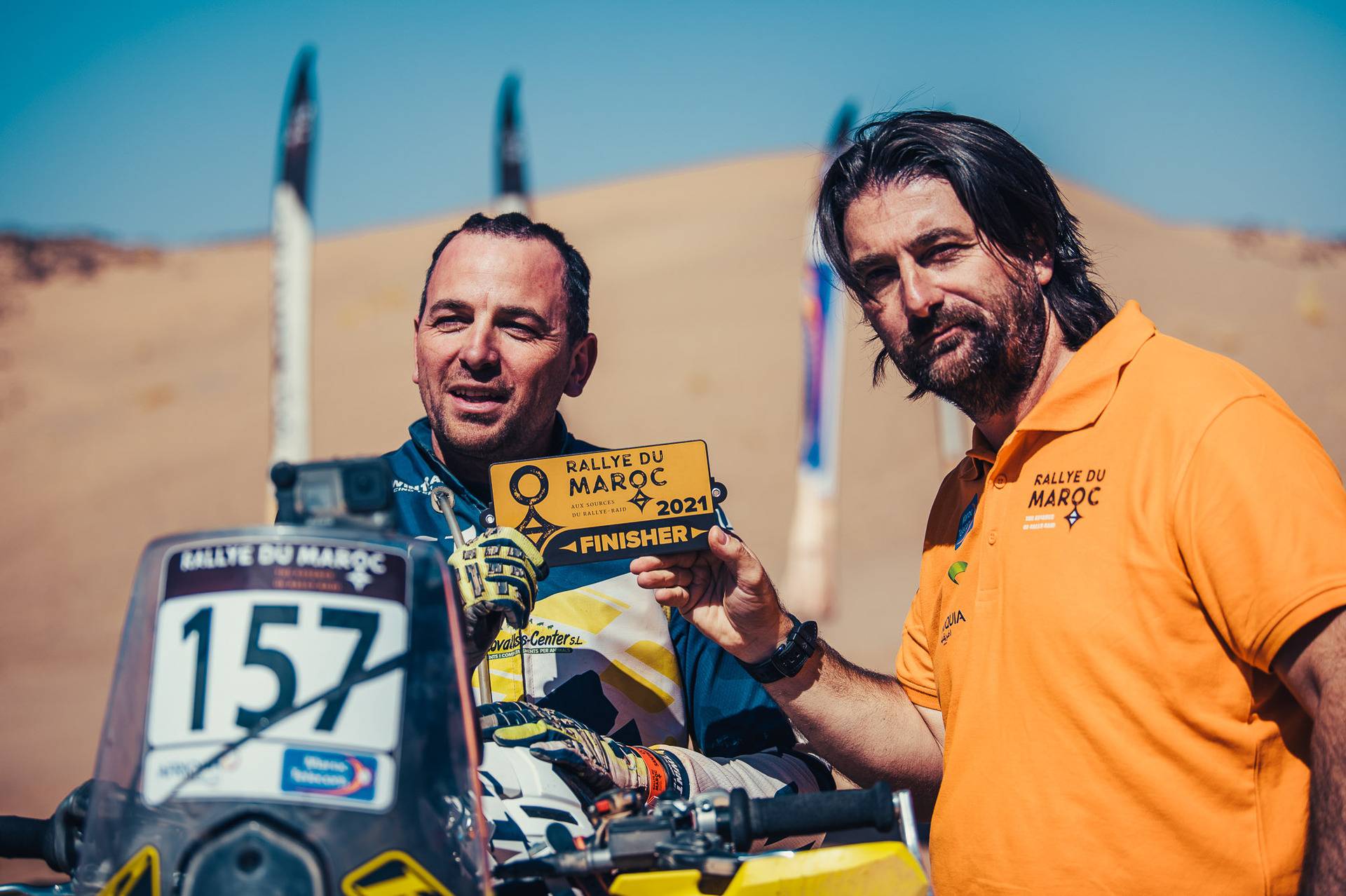 The entire Klim TwinTrail Racing finishes the Rallye du Maroc 2021 successfully after passing all 5 stages of the event.
The Rallye du Maroc has been a great training session for the team to prepare for the next Dakar Rally.
Over the next few weeks, the team will know if it has managed to qualify for the Dakar 2022.

The last stage of the Rallye du Maroc was a bit shorter than originally planned, finally the special had 167km timed and the final liaison was lengthened to 105km. It was held in the same area as the first stage, sharing about 80 km exactly the same and which has made riding difficult due to the tracks of the motorcycles, cars and trucks of that day. It was a stage that the riders enjoyed a lot as it did not have high-speed tracks and it was more technical.

Perfect training for the Dakar Rally

Klim TwinTrail Racing faced the Rallye du Maroc with different objectives and, in the absence of an official response, they could all be met. On the one hand, the team wanted to complete the rally from start to finish, each of the stages and, ideally, with as few mistakes as possible. After 5 stages, it is confirmed.

On the other hand, the team wanted to face this rally as a preparation for the Dakar, get to know the day-to-day life of a race very similar to the toughest rally in the world, take the routines, test the bikes, live the experience of the Malles moto category (without assistance), etc. After several days in Morocco, the goal is met with lessons learned and a very rewarding experience that will help the team a lot.

Finally, it only remains to wait for the most important goal, to qualify for the Dakar 2022. This is a decision that does not depend on a result but on the evaluation made by the organization of the Rallye du Maroc and the Dakar, the ASO. In the coming weeks, the list of qualified riders should be made public, among which we expect the three Spanish riders of KLIM TwinTrail Racing to be.

Participating in the Rallye du Maroc was not only a practice but also a race to see where the team members are when they compete with world-class riders. Isaac, who has done a very regular rally, without making mistakes and following a constant rhythm from start to finish, has finished satisfied with the final result, a top20 in the Rally2 category.

“I think it has helped us a lot to get an idea of what we will find in the Dakar, we have learned by living the experience of malles moto. I have the feeling that there are possibilities to enjoy and have a good time in the Dakar”, said the Segarra rider after finishing the last stage.

The Rallye du Maroc has not been easy for Albert Martín. He started in the best way, with a 2nd place in the prologue stage, but in each of the following stages, except for this last one, he has had some mishap that he has not accompanied with his riding pace on the bike. Today he smiles again after finishing 8th of the stage.

“It was a very fun stage, from my point of view, the best one. It was fast but not only straight tracks at 160km/h, but sandy tracks, curves, jumps and a lot of fun. The dunes today were very cut, but I have enjoyed them. We have finished the rally, which is the most important thing”, he concluded.

The Catalan rider finished the Rallye du Maroc in 22nd position. It is not what he expected and he is not proud of this result either, but considering that Albert Martín has just started in the world of rallying this year it is a good result.

Carles Falcón, happy with the result

Klim TwinTrail Racing is an amateur team and above all, it was made to enjoy racing rallys. With this point of view and complying with it, Carles Falcón has ended the Rallye du Maroc . The rider from Tarragona has been very regular throughout the entire rally, seeking to find the right pace to complete a race of these characteristics.

“Today I had a great time and I really enjoyed the sand dunes and rivers. I’m happy with how I finished, with a good pace and I also see that there has been a significant change from the first stage after several days in the rally,” he said. 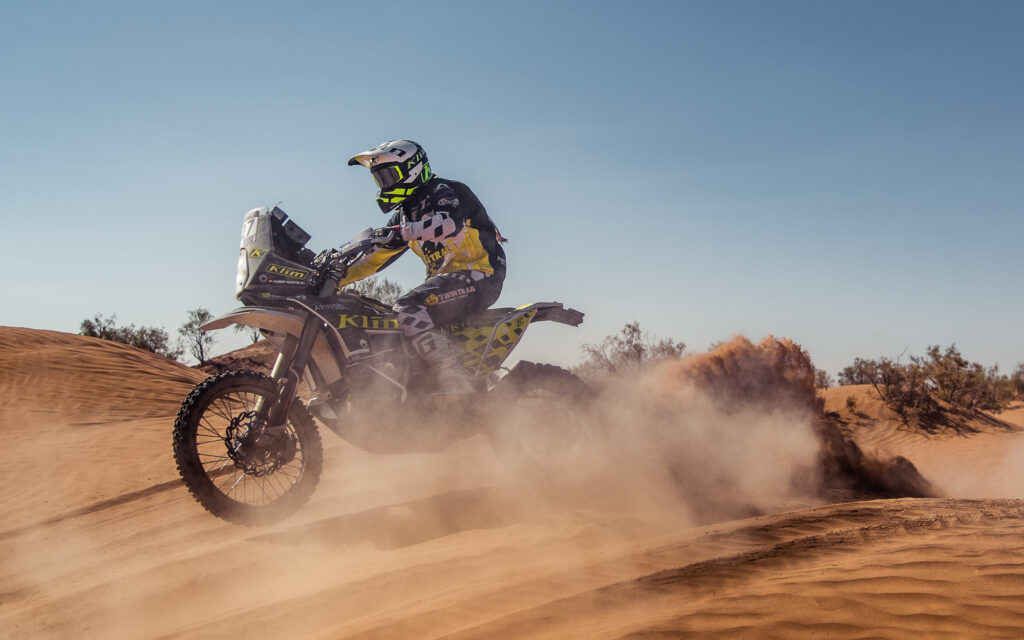 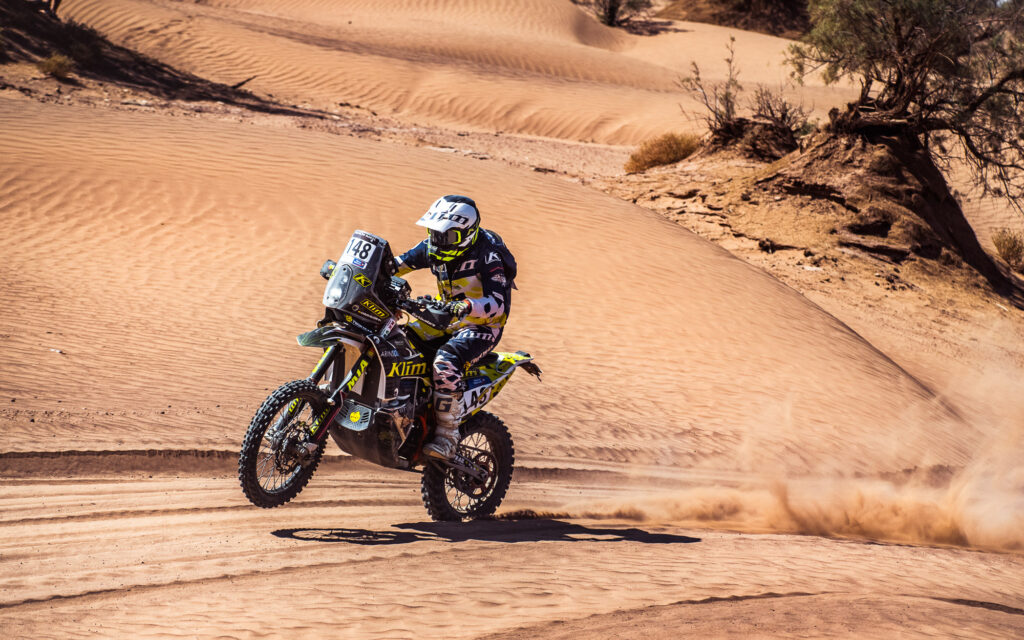