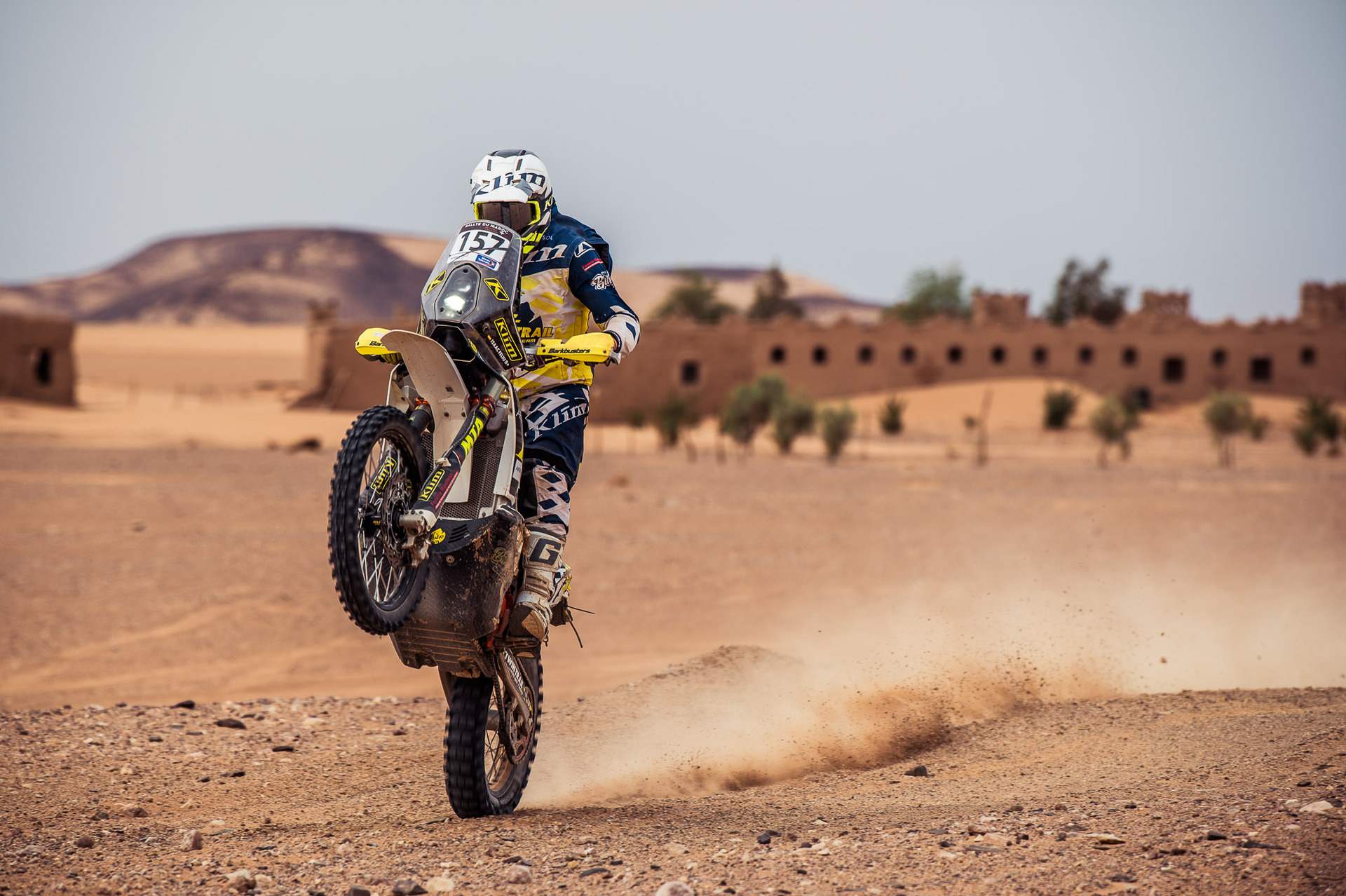 Isaac Feliu and Carles Falcón mark a third stage without errors and continue in the direction to obtain the passport for the Dakar 2022.
Albert Martín, who has made a navigation error, takes a 45-minute penalty.
Tomorrow is the turn of the penultimate stage with the longest timed special, 367km.

Less dunes and more tracks, this is the summary of the third stage of the Rallye du Maroc 2021. A very long day, with a total of 604km with sections in which the speed was very high.

All three KLIM TwinTrail riders have suffered one of the most difficult elements to manage in a desert rally, the dust. Today the three started in positions after 20 and this means that the drivers start with only 30 seconds of difference between them and causes them to find dust very often, making overtaking difficult and requires more concentration in driving.

Constancy and concentration, this is the method of Isaac Feliu and Carles Falcón

A rally is a race in which many factors influence and each day is a new challenge. That is why perseverance is the basis for achieving the final goal. This is very clear to Isaac Feliu and Carles Falcón, who have returned to stay in their place for the second day in a row. In this rally it is important to go at a constant pace and appropriate to the physical and technical level of each one to be able to overcome stage after stage. Today the owner of TwinTrail, Isaac Feliu, finished 22nd of the stage while the Tarragona driver reached the finish line without any problem in 32nd position.

Isaac Feliu: “This last night I slept quite badly and my leg hurt a lot, so I didn’t have much hope on today’s stage. I have come out to conserve and not force. Luckily when I warmed up I felt better and after overtaking Charly I went alone practically all day. I hope tonight I can rest more and tomorrow come out with more energy. ”

Carles Falcón: “It has been a long day, with many kilometers. But I am happy, I have gone at the pace I wanted, without having any fall, no scare. The bike worked perfectly.
There were marks from yesterday as it shared some sections and was confusing. In the first one we have fallen and we have lost about 10min. Afterwards we rolled together for a long time together with Isaac to some very dusty sets and I left some distance. I have returned to the calmer pace to moderate forces. At km220 I was a bit tired so after eating and drinking something I finished at my own pace.”

Despite having started the Rallye du Maroc with a great prologue in which he was the 2nd fastest in the category, Albert Martín has not had luck on his side during these first stages. Today he started the day with a small loss and from then on he has been following a constant rhythm, but without going to his maximum rhythm. After the time lost in the first two stages due to a navigation error and a problem with the roadbook support, he now only thinks about meeting the goal of reaching the finish line every day.

“I started very calm, I had a lot of people to overtake and it was dangerous, so I took it quite calmly. The problem is that today I have skipped three waypoints that were very followed in a row and they have penalized me 15 minutes for each one. Tomorrow will be a difficult day again because I will have to overtake many riders with the penalty, so we have to start with the head.” 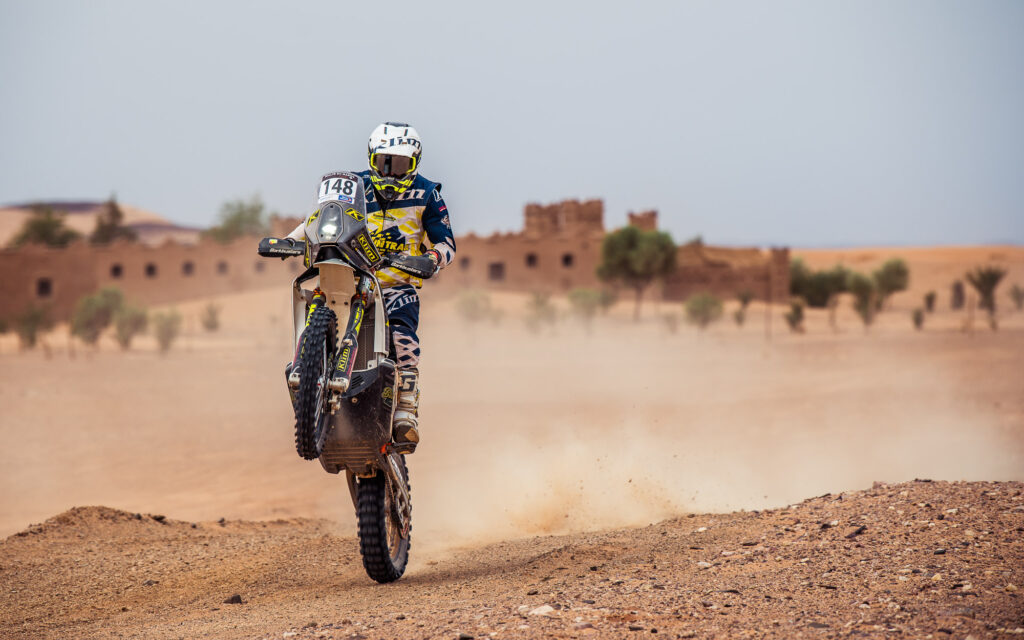 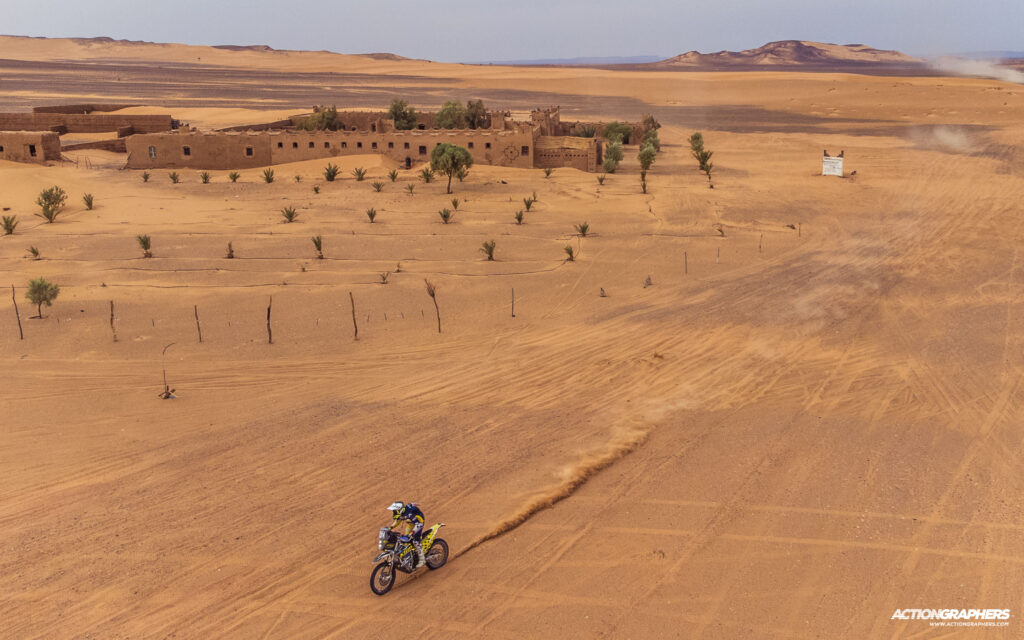