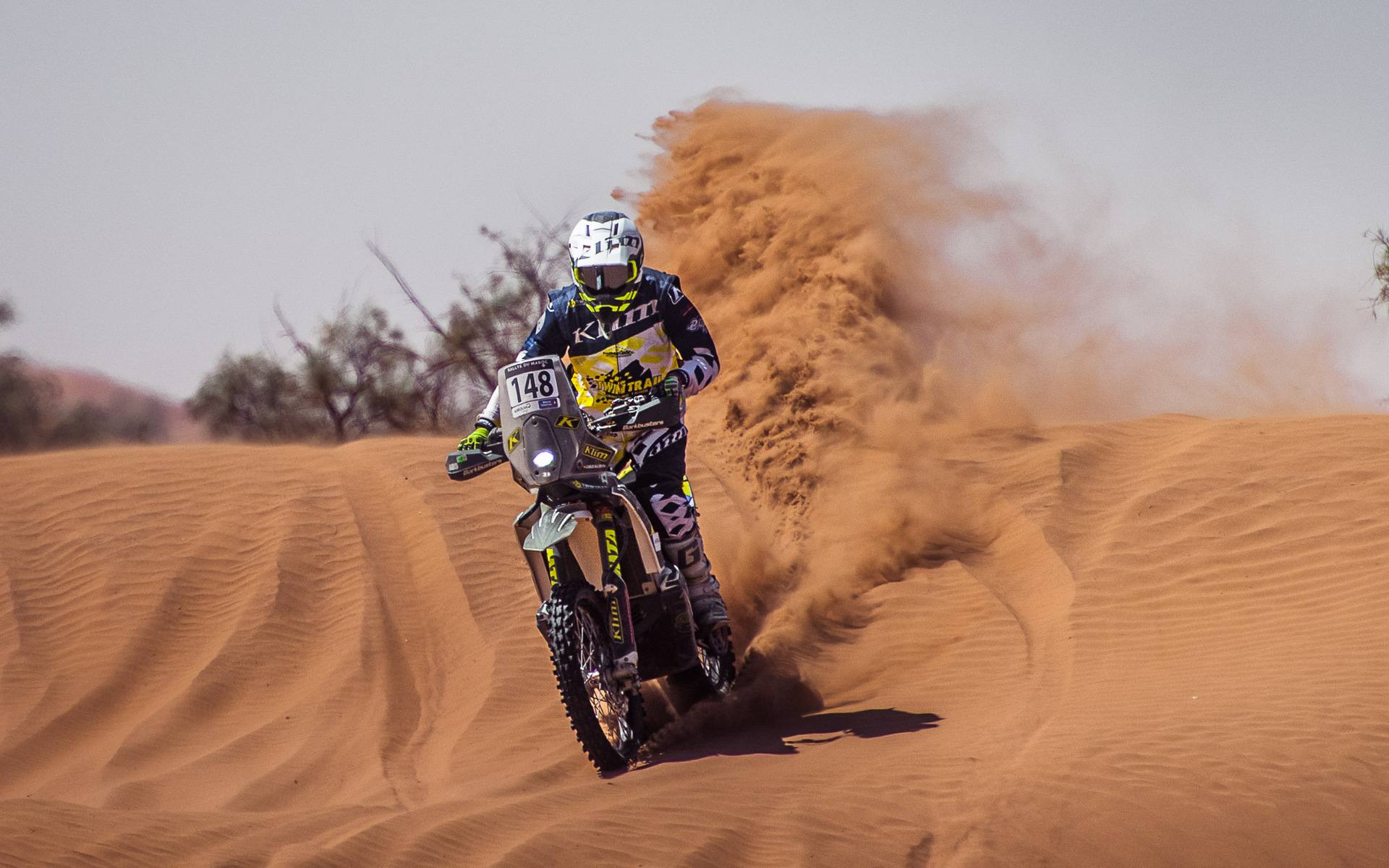 Albert Martín loses some positions after the first stage of 288km in the Rallye du Maroc.
Isaac Feliu finished 21st in the category and has left behind the problems with the bike.
Carles Falcón overcomes the first physical adversities due to the heat and gets the 44th position of the stage.

The main goal of the KLIM TwinTrail Racing Team in the Rallye du Maroc is none other than to qualify for the Dakar Rally 2022, so finishing each of the stages is the most important thing. Today the three Spanish riders have crossed the finish line and are a little closer to the goal. Although it is true that finishing is not synonymous with getting a passport for the Dakar, it is an element to take into account.

First contact with the dunes and very fast sections

The first stage of the Rallye du Maroc 2021 has combined very fast tracks, about 30km of dunes and off-track with a lot of stones. It was the first real contact in competition for the three riders of the Klim TwinTrail Racing Team with the dunes and they have overcome it very good.

Today, the Valls rider Albert Martín had a bittersweet day: “I had a great time and that’s the main thing, but I was lost for quite a while”, he said. The stage started very well, with a very good rhythm as he wanted to test if he could hold up well a whole stage of almost 450km (288km timed) at a high pace, “I felt very good so now I want to see if I can keep this same rhythm during all the stages”, he added. The negative side of the day was that in a sandy area he has been lost quite a long time, “I have been going back and forth for a long time, I did not go further back because I didn’t want to waste more time. In the end I saw a rider in the distance and I went towards him and I was able to get back on track”, now it is a new lesson learned. Despite the loss, Albert Martín finished 16th the first stage of the Rallye du Maroc in the Rally2 category.

On the other hand, Isaac Feliu has completed a great day. The morning started with doubts since yesterday after the prologue stage, it seemed that he had a problem with the bike’s battery, but “it was perfect“. In addition, he has summarized: “the roadbook has been perfect, I have not made any navigation errors and I only had a small fall on a dune when I was practically stopped.” This is the philosophy of Feliu who always seeks to go “at a calm and constant pace“. On his first approach in the race in the dunes, “it was relatively easy for me because in front of me there were about 50 riders who had passed and there were quite a few lines, although I have been looking at the roadbook, following the right cap and correcting the course when it was needed“. The TwinTrail owner finished the first stage of the Moroccan rally in 21st position.

The third member of the KLIM TwinTrail Racing Team, Carles Falcón, had a somewhat difficult stage, but he managed to finish. High temperatures (between 35º-37º) throughout the day put the body in extreme situations. During the morning, the rider from Tarragona did not feel very well, possibly due to a bit of dehydration and it made it difficult for him to continue his normal race pace. “The stage a bit difficult for me, since in the refueling (at km 178) I got a fair bit of strength due to the heat and I drank a lot of water and I think it did not suit me very well. But then the gel took effect on me and I was able to face the last part of the stage with energy and I really enjoyed it”, said Falcón when he arrived at the bivouac. The Catalan rider finished in 44th position on the first stage.

Shift for the longest day of the Rallye du Maroc

Tomorrow comes one of the most difficult days of this edition of the Rallye du Maroc, at least because of the kilometers that the riders will have to cover. The day will start with a liason of 211km and then make a special stage of 334km and they will have to do another 62km until they reach the bivouac again. 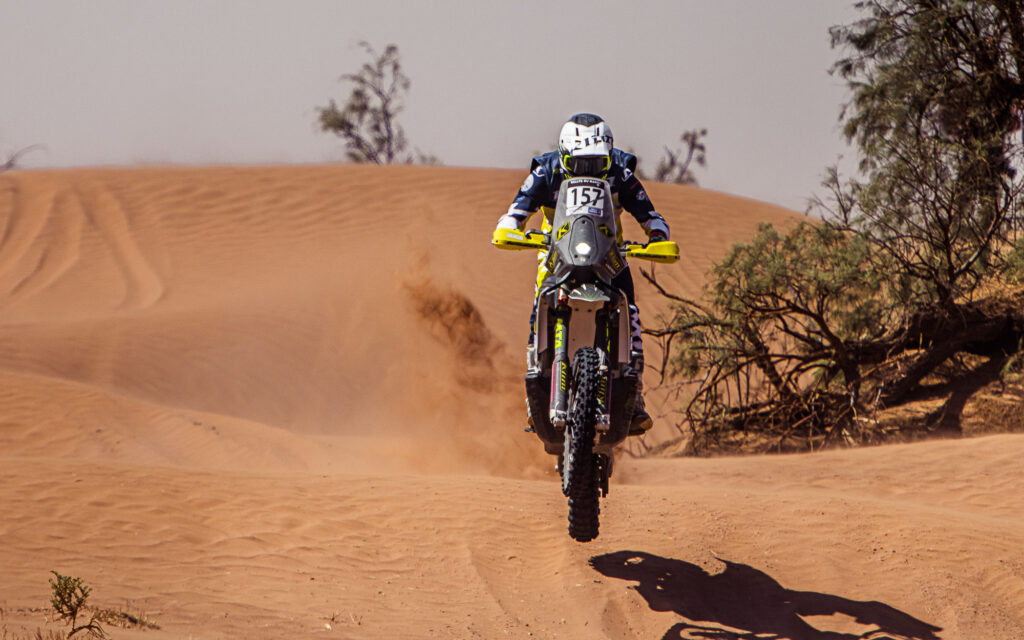 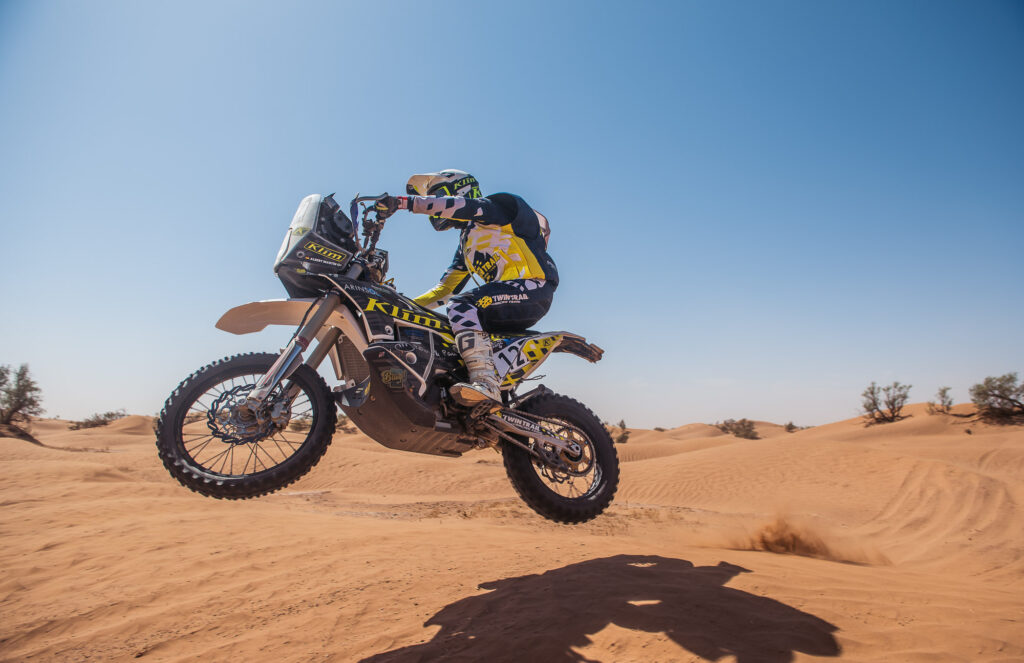