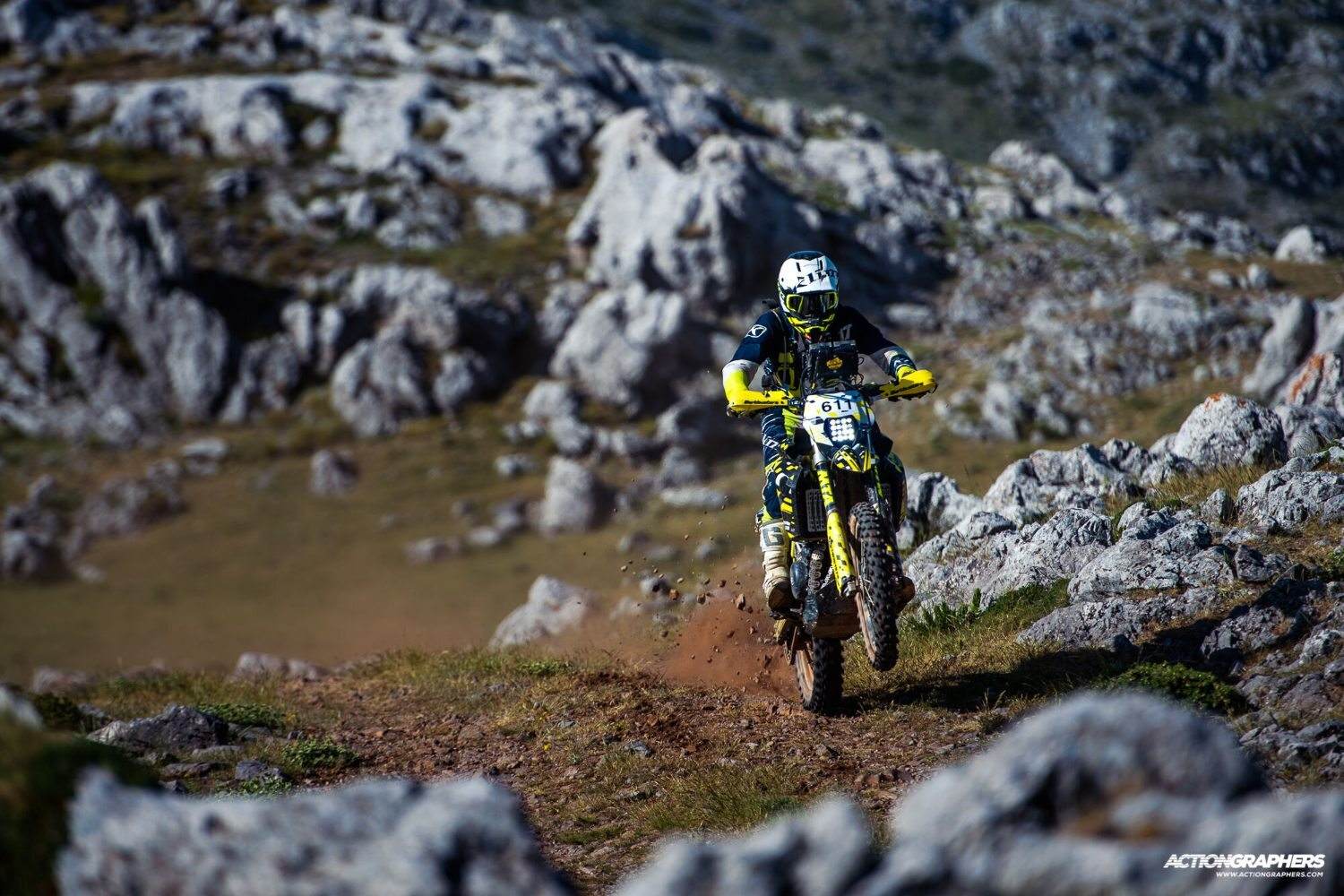 Isaac Feliu 12th in the marathon stage of the Hellas Rally

Very long day at the Hellas Rally with the first day of the marathon stage. 400 kilometers in total of fairly fast tracks, off-piste navigation and the incredible landscapes that all the pilots have enjoyed bordering the Greek coast and its high mountains. The fastest rider took more than 8 hours to complete the stage.

During the day, the riders have encountered different critical points such as a dry river with large stones at kilometer 2, a hard enduro area, some off-track that is somewhat complicated for navigation and a last river with a lot of water that they had to cross. up to four times.

Isaac Feliu finished 12th on the stage, having a great day despite not being a special one of his preference. “Today was a day with fast and slippery tracks, a terrain with less navigation and more piloting,” he explained. It is a complicated and hard day for a pilot like the Catalan, who competes with his BMW F800GS. The de la Segarra continues to be the leader in its M6 category.

The TwinTrail Racing Team riders have played a great role, but they are waiting to confirm the penalties for today’s stage, with 1h10 minutes for Albert Martín 1 and 50 minutes for Carles Falcón.

It was a long day in many ways, also a roadbook. The riders had three rolls to complete the 400km and in the second neutralization, at which time there is usually a change of roadbook, a bit of uncertainty has been created. The pilots had to remain in neutralization for 30 minutes but apparently, with a change of location of the refueling at the last minute, doubts have been raised: the pilots were not clear if they should remain stopped for 30 minutes at one point or another.

In the case of Albert Martín, it seems that he has stopped for 30 minutes about 100 meters from the neutralization point, which is not physically marked. While Carles Falcón explains that he has done it according to what was explained in the roadbook. The team is trying to resolve the situation with the organization.

Upon arriving at the bivouac for the marathon stage, the Valls rider said: “I’m very pissed off. It has been a very long and hard day, I have run everything I know for 400km. It was a lot of fun, with sandy tracks, a rather difficult dry down river area, a couple of slightly tricky off-tracks. And at the end of the whole a river that was not difficult to pass but that had some very large hidden stones. I have decided to get off a motorcycle and pass on foot, I have not risked. You had to cross it 4 times. I’ve had a good time. Let’s see how the issue of the penalty goes, because everything has gone well for me ”.

“It was a great day, with incredible tracks. Some moments it seemed that you were in the Alps and others, in Morocco. I’m happy with the pace, but very annoyed with the penalty, ”explained the Tarragona rider.

This website uses cookies to improve your experience while you navigate through the website. Out of these, the cookies that are categorized as necessary are stored on your browser as they are essential for the working of basic functionalities of the website. We also use third-party cookies that help us analyze and understand how you use this website. These cookies will be stored in your browser only with your consent. You also have the option to opt-out of these cookies. But opting out of some of these cookies may affect your browsing experience.
Necessary Siempre activado
Necessary cookies are absolutely essential for the website to function properly. These cookies ensure basic functionalities and security features of the website, anonymously.
Functional
Functional cookies help to perform certain functionalities like sharing the content of the website on social media platforms, collect feedbacks, and other third-party features.
Performance
Performance cookies are used to understand and analyze the key performance indexes of the website which helps in delivering a better user experience for the visitors.
Analytics
Analytical cookies are used to understand how visitors interact with the website. These cookies help provide information on metrics the number of visitors, bounce rate, traffic source, etc.
Advertisement
Advertisement cookies are used to provide visitors with relevant ads and marketing campaigns. These cookies track visitors across websites and collect information to provide customized ads.
Others
Other uncategorized cookies are those that are being analyzed and have not been classified into a category as yet.
GUARDAR Y ACEPTAR