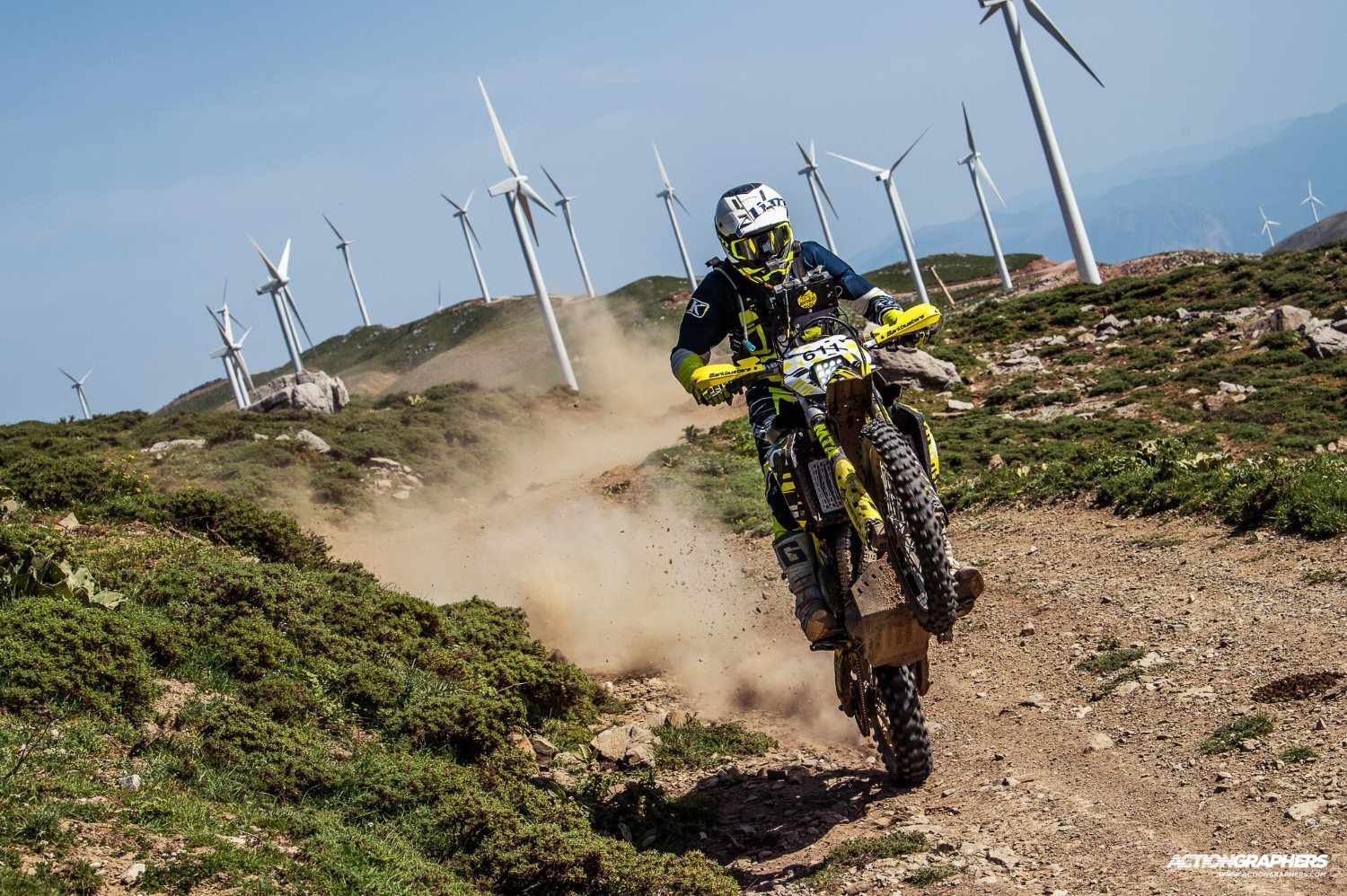 Successful second day for the TwinTrail Racing Team after completing the 322km stage.

Isaac Feliu makes a great stage and gets the 6th fastest time of the day, while Albert Martin finishes 8th and Carles Falcón 23rd.

The second stage of the Hellas Rally was one of the real ones: stones, trails and many kilometers. More than 300 kilometers of stage, of which 254 timed. Of course, in a dream environment with spectacular landscapes. There has only been one notable incident and that is that around km 65 the track was cut by an excavator and all the riders, except for the first two riders. All of them had to do a neutralization of about 40 extra minutes.

Isaac Feliu back in his place after many overtakes

After a first stage with mechanical problems for Isaac Feliu, who solved it by changing his fuel pump on the BMW F800GS, he has recovered almost 80 positions on the second day of the Hellas Rally. Today Feliu finished 6th overall and reached the first place of the M6 category.

“It was a good stage, I was going at a pace in which I felt comfortable and without forcing myself, I haven’t got lost and I didn’t fall“, he explained after crossing the finish line.

This morning he was one of the last to start and in the first 60 kilometers he had already overtaken about 20 bikes. But after the track was cut by the excavator, the organization decided that the riders had to start again according to the starting order of the morning, so that Feliu had to overtake each of the motorbikes for a second time. Even though he has finished with a spectacular 5:53:28.58 total time in 6th place.

Hellas is Albert Martín’s second participation in a rally and each day is a new opportunity to learn. “Today has been a very hard day, I got lost, I’ve made mistakes, but I have learned a lot,” he said. And it is that Albert has gone side by side with another rider, Albert being faster but the other more effective navigating. In addition, the Catalan rider made a mistake in the neutralization.

But those weren’t enough to beat Albert, who finished 8th on the stage with a time of 5:54:40 and keeps the first place of the M5 category.

The TwinTrail Racing Team faces the Hellas Rally as a preparation for their Dakar and for this reason, both Isaac Feliu and Carles Falcón participate with their BMW F800GS, which increases the difficulty quite a lot. “The first part went well, with a good pace and overtaking riders. From the cutoff of the track we have all regrouped and I had to overtake all the riders again” he said at the end of the day. Carles has finished second in the M6 category and 23rd scratch today.

Time for the marathon stage

Tomorrow the marathon stage of the Hellas Rally begins, with a first day of 400km of special. The riders will finish tomorrow in another bivouac and will resume their departure to Naupaktos the following day. 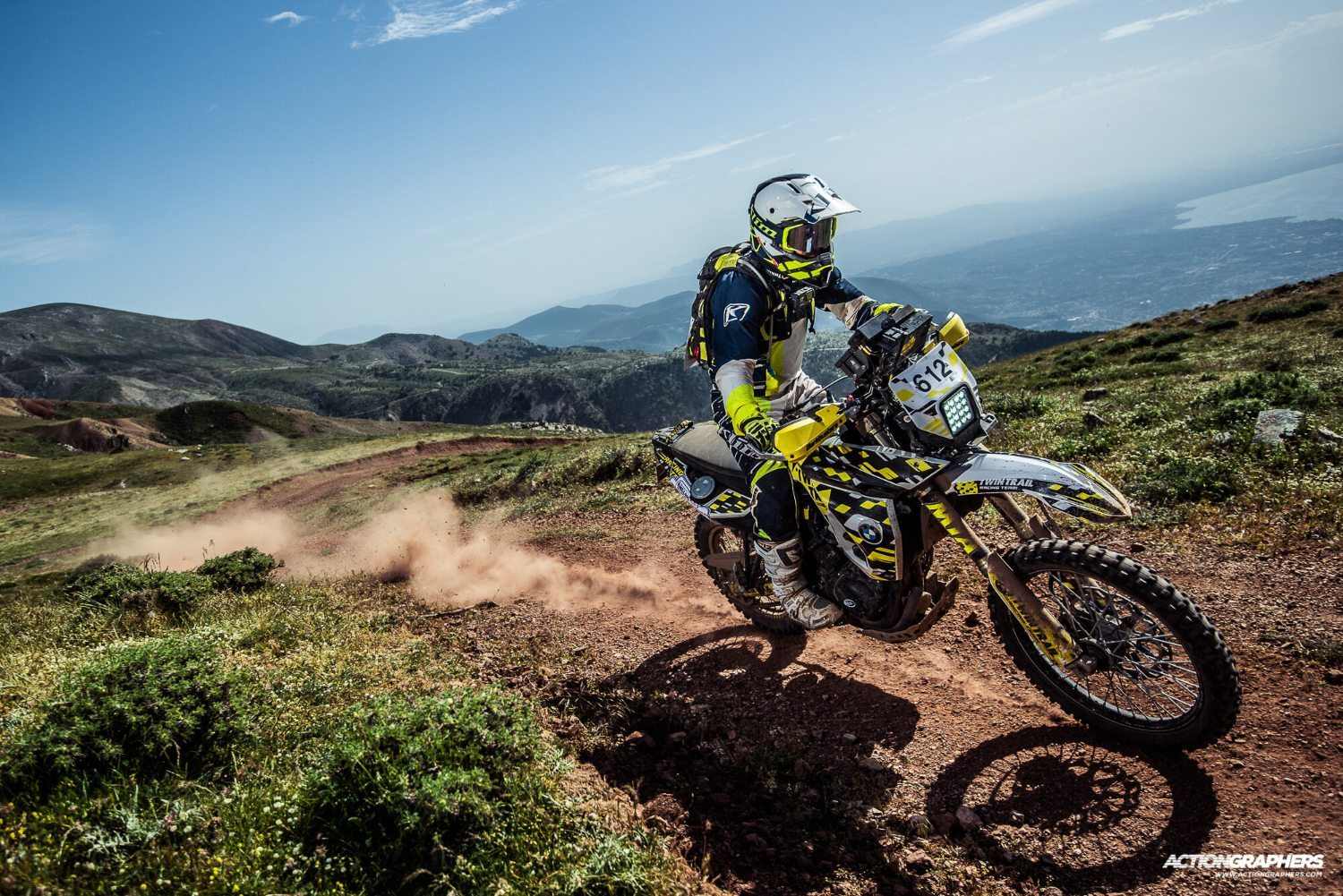 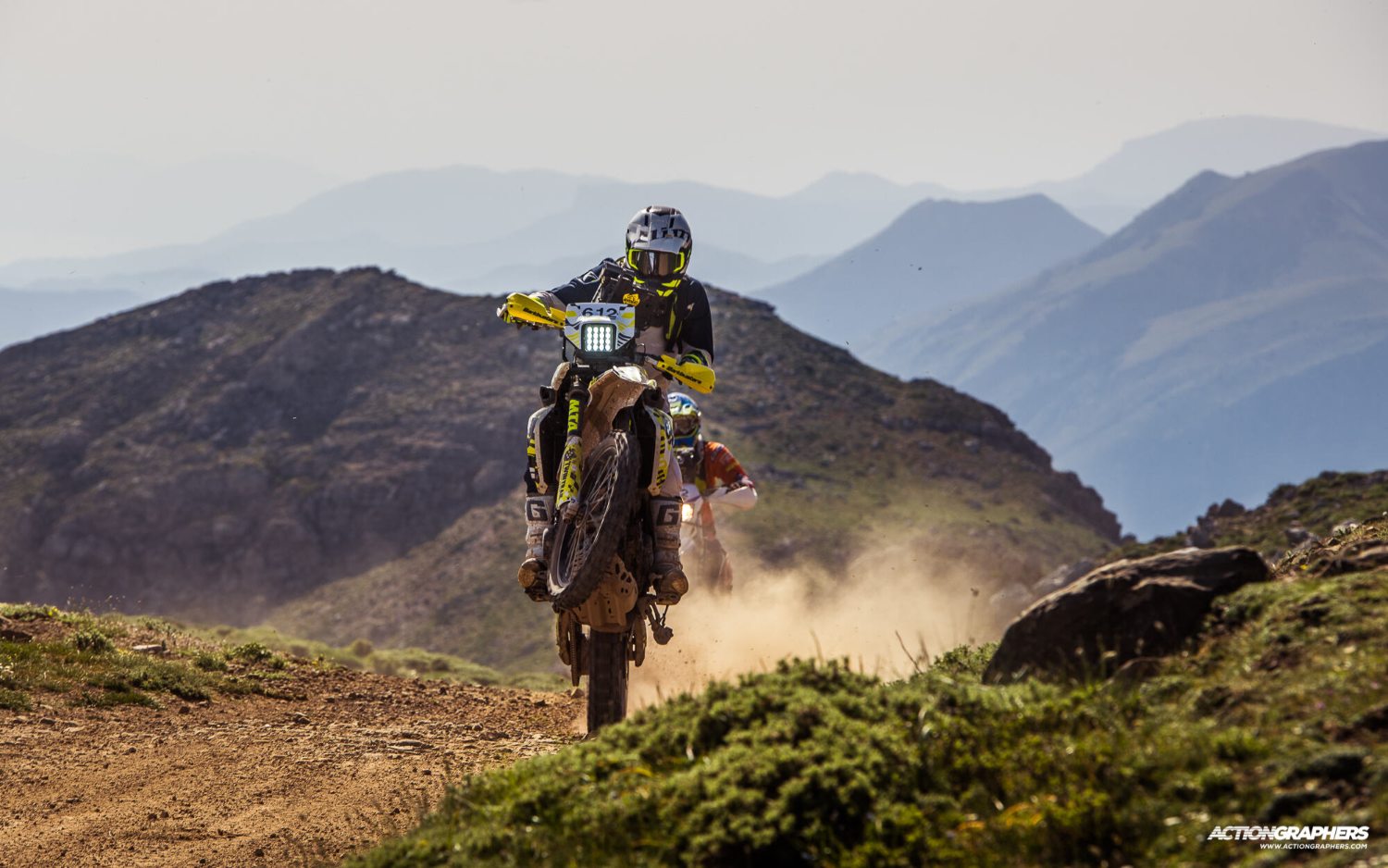 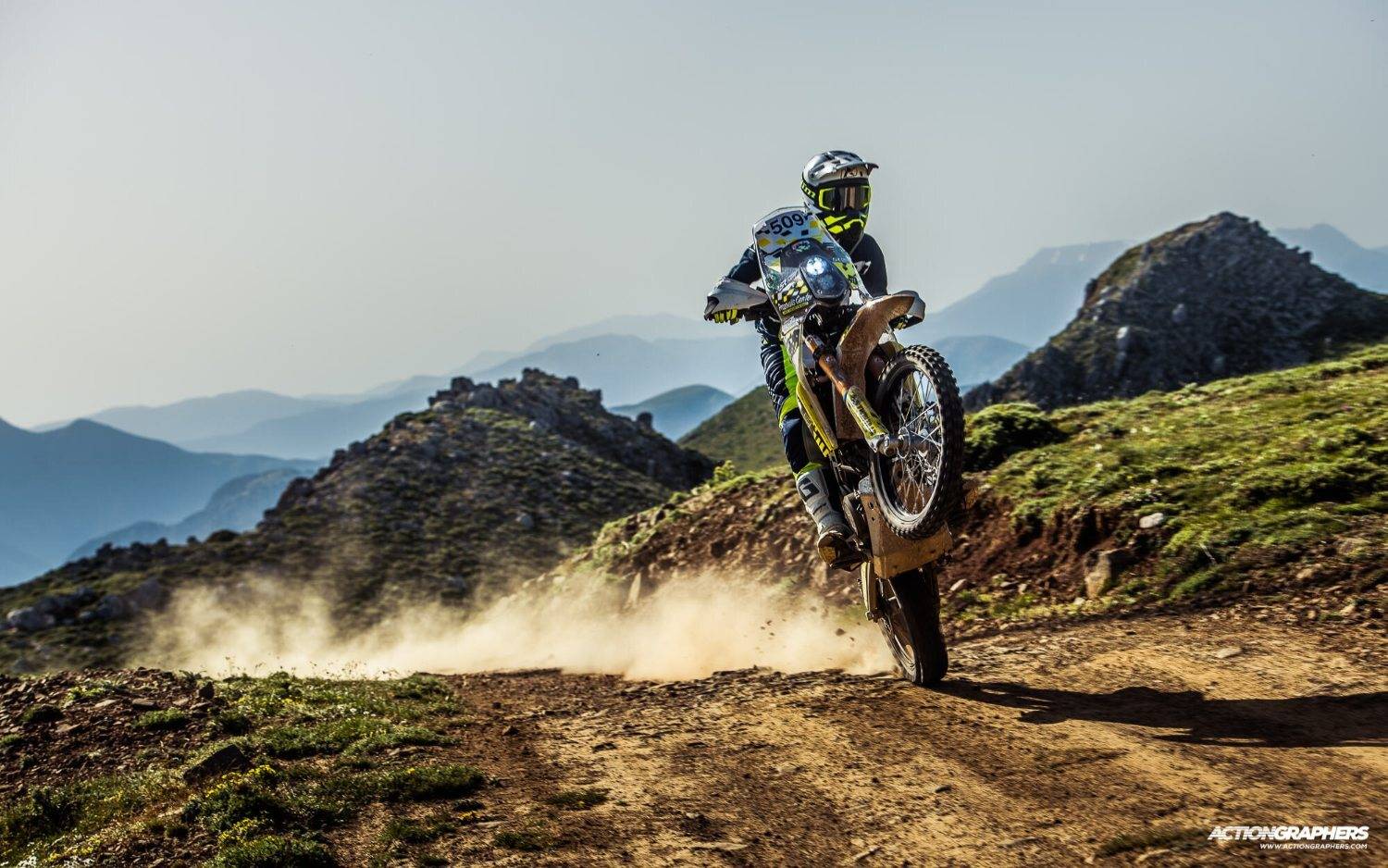 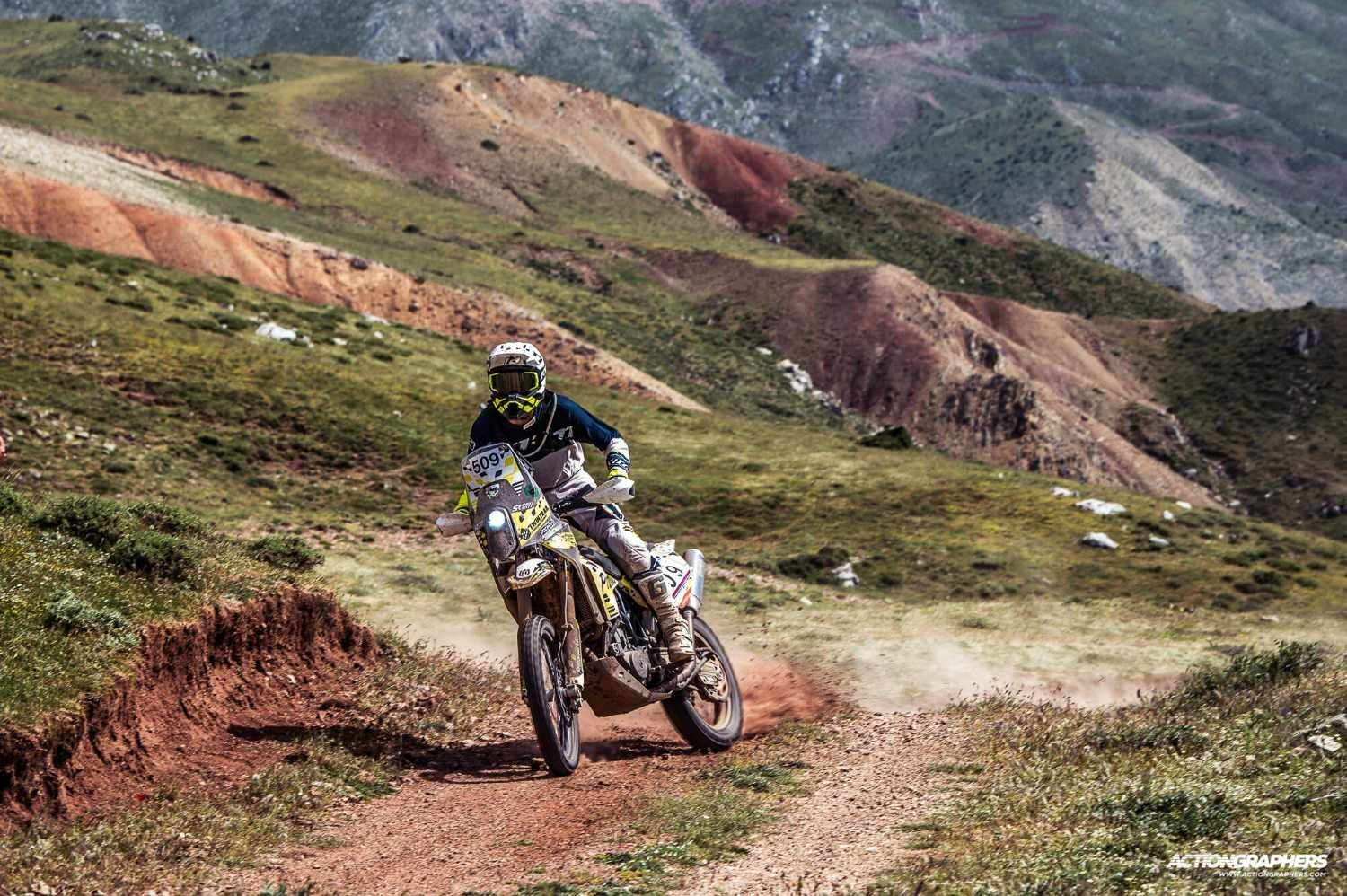