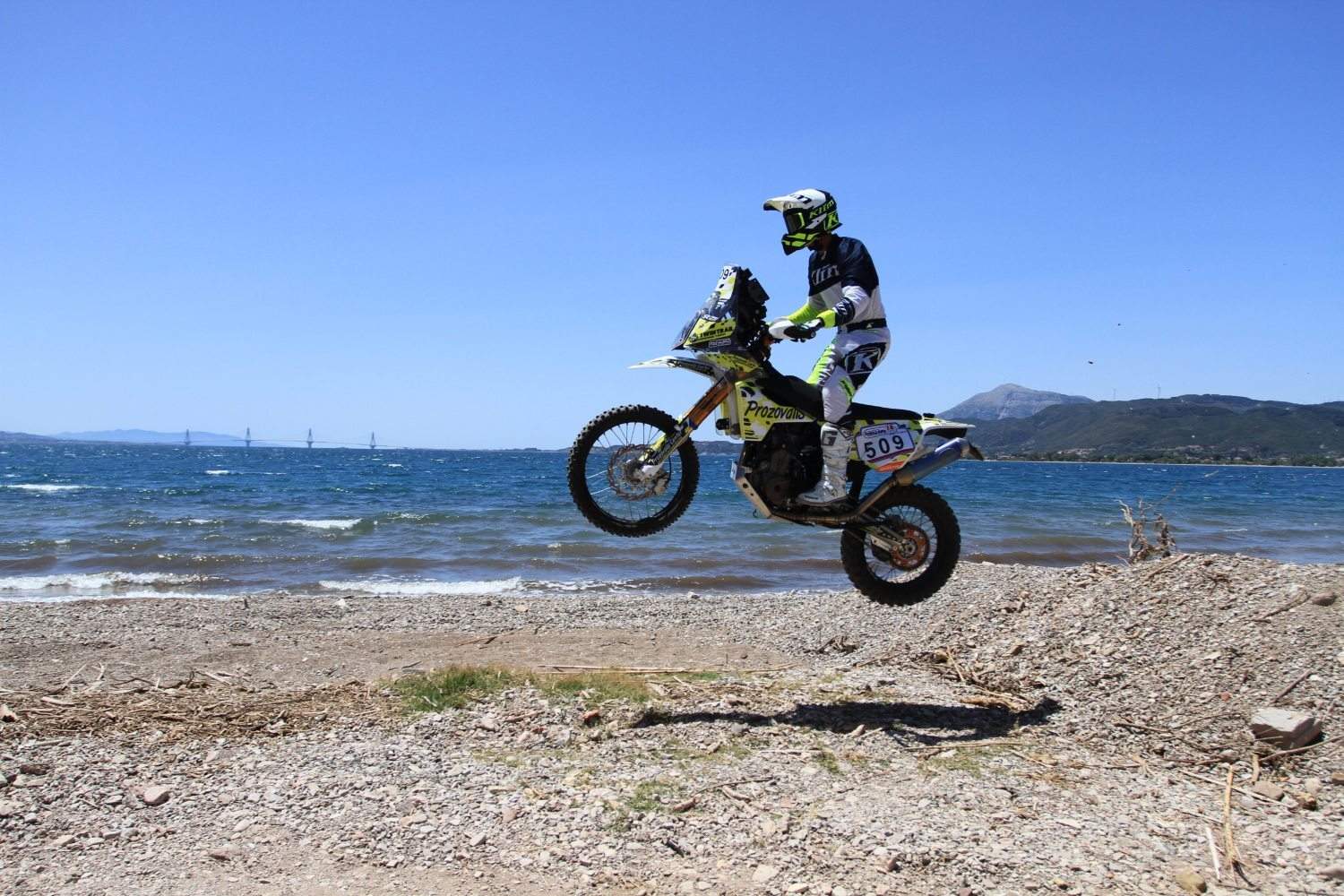 Albert Martín finishes top5 in the prologue of the Hellas Rally

Albert Martín is the leader of the M5 category after the Hellas Rally prologue.

Carles Falcón from Tarragona is second in the M6 ​​category with his BMW F800GS.

Spectacular start of the TwinTrail Racing Team in Greece. Albert Martín with his Husqvarna 701 placed 4th overall and at the top of his category (M5). On his side, Carles Falcón, made a great prologue, finishing 2nd in his category (M6) and 32nd scratch. Finally, Isaac Feliu, had mechanical problems with the fuel pump and lost about 30 minutes repairing the bike during the stage.

Albert Martín, 4th on the first day of the Hellas Rally

The first day of Hellas Rally started in the best way for the Catalan rider Albert Martín. In his second participation in a rally, he has shown his great potential by finishing 4th in the general classification and 1st in his category (M5) in the prologue stage. This result has even more merit considering that today he has started really late (by bib number), having to overtake many riders and swallowing a lot of dust. “I really like the area, I’m used to this type of terrain. It has been fun with fast zones and other more technical ones. I really want to start tomorrow”, he said after arriving at the bivouac.

The Tarragona rider Carles Falcón also proved to be in top shape after completing the prologue stage in 32nd overall position with his BMW F800GS. In this category of Adventure bikes, Falcón has achieved the second-best time. “Today I did not go out for a fast race but rather not lose myself, have the right pace and position myself well for the first long stage tomorrow” he said at the end. In addition, the TwinTrail Racing Team rider explained that “the bike is excessively soft and is quite difficult to control, it skids a lot. I didn’t have time to prepare the bike well because we were at the Andalucía Rally just a few days ago”.

Isaac Feliu, with mechanical problems in his BMW F800GS

A rally can change in a second, for better or for worse. The prologue stage did not end so well for the TwinTrail owner as he had a problem with the fuel pump of his BMW F800GS and had to stop to get it repaired during the prologue stage. With this he has lost about 20-25 minutes and, from that moment on, he had to drive thinking about not being stranded. “The first half of the stage was perfect, without incidents, at a good pace, I was overtaking 3-4 riders, but at kilometer 37 the fuel pump stopped working. I have done a repair and the next 20km I have been praying to be able to finish”, he said. In the afternoon, the Segarra rider changed the pump and hopes to have no more technical problems.

Fortunately, this is only the start of the Hellas Rally and there is still 6 more days to go, with many kilometers to go and many adversities to face. Tomorrow there’s a fairly long stage with 322km in total.