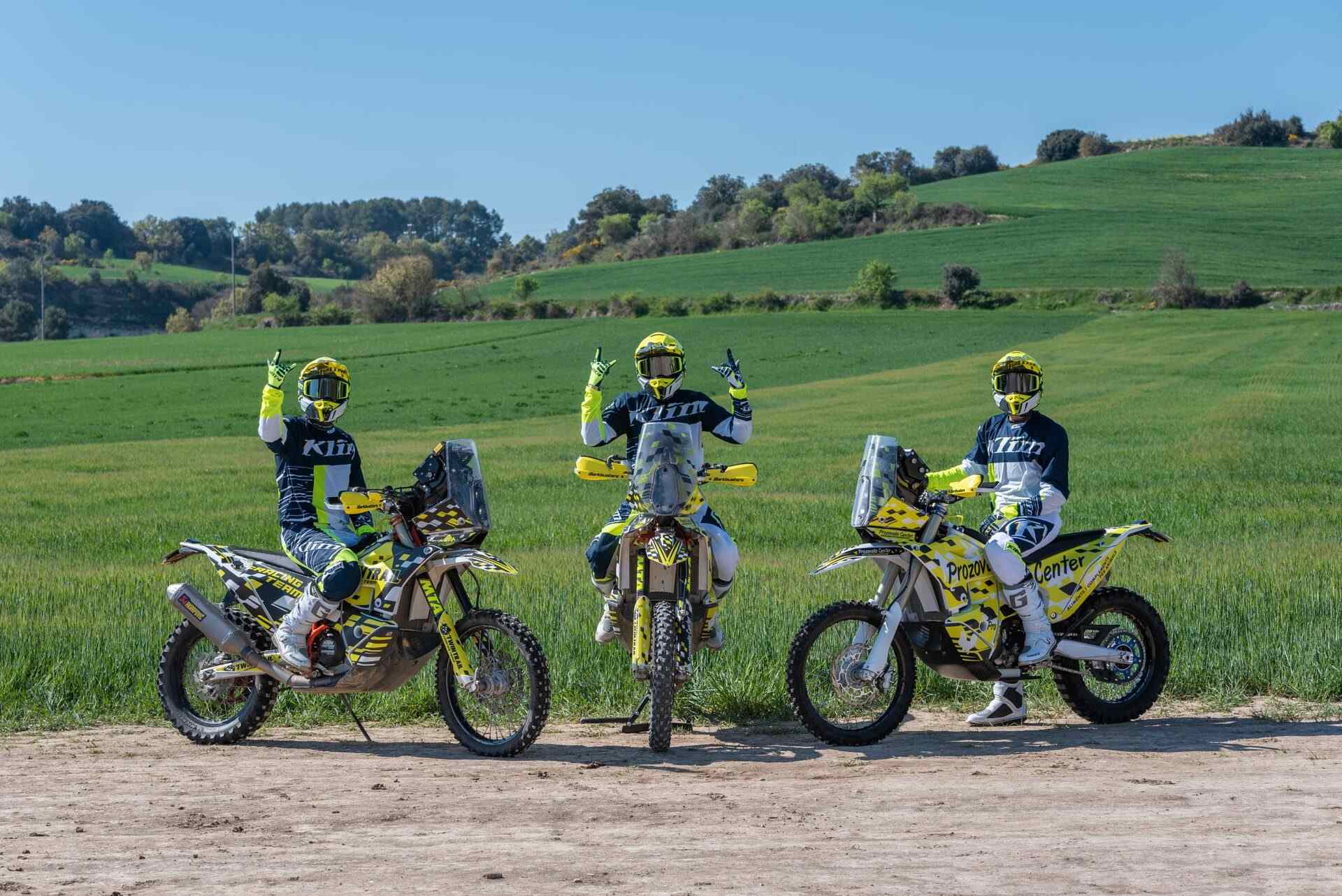 TwinTrail Racing Team is born, a team with its sights set on the Dakar 2022

From home lockdown to the toughest rally in the world: three amateur riders create the TwinTrail Racing Team with the aim of participating in the Dakar 2022.

The #Road2Dakar project includes participation in the Andalusia Rally or the Hellas Rally (Greece) as part of the preparation.

The Dakar Rally is a dream for many. And the Covid-19 pandemic has been a setback for most, although it has also left us time to think and renew ideas. And from this combination comes the TwinTrail Racing Team, a team of three amateur riders who want to be in Saudi Arabia next January to compete in the 44th edition of the toughest rally in the world: the Dakar.

From live Streamings to Dakar

Stores closed, trips canceled, face-to-face courses canceled. So was 2020. But TwinTrail Store and TwinTrail Experience turned the situation around through the TwinTrail Talks, weekly sessions live on YouTube and Twitch commenting and chatting about the world of Adventure bikes with a bit of humor. From the earliest episodes to the present day, TwinTrail Talks has become a valuable essential for our TwinTrail community.

After the first season, Isaac and Carles, the hosts of the TwinTrail Talks, were encouraged to do with their partner Martín Solana, a special Dakar 2021 series. An hour and a half daily live to follow up on everything that happened in Arabia Saudi. From these TwinTrail Talks, raised the idea of going to race the Rally Dakar. A few months later, challenged by their followers, they created the TwinTrail Racing Team that will fight to be in the Dakar 2022.

Who is part of the TwinTrail Racing Team?

Isaac Feliu (creator and owner of TwinTrail), Carles Falcón and Albert Martín are the three riders who will make up the team, with Martín Solana as Team manager.

Isaac Feliu: Born in 1979 in Barcelona, Isaac discovered his passion for motorcycles a bit late, although he soon devoted himself to it. Father of two children, founder of TwinTrail and Raids rider since 2015. With an unbreakable will, when Isaac pursues a dream there is no one who stops him.

Carles Falcón: Born in 1978 in Tarragona, Carles has always been surrounded by motorcycles, starting with the enduro, going through adventure bikes and since a few years ago also the Raids. Born athlete, patient and methodical, Carles is a safe bet.

Albert Martín: Born in 1990 in Valls, Albert is the youngest rider in the team and also the fastest, with a past closely linked to Motocross. Maturity has led him to focus his sports career with the Raids, where being fast is important, but not it’s everything.

Martín Solana: Santoña – Cantabria (1979). Raid lover and amateur rider like the rest of the Team, Martín has been related to TwinTrail since its foundation, and his knowledge of the Dakar world is the key for the Road2Dakar Project to succeed.

A Dakar is not prepared in two days. So the team, although it is making itself known now, has already been underway for a few months, both at the individual level of the riders (training, races, etc.) and as a group.

Next month will be key, with the participation in the Andalusia Rally (11-16 May), which will allow the three members of the team to obtain the ASO passport to have a Dakar 2022 number.

It wouldn’t be possible without the Supporters

This TwinTrail Racing Team presentation cannot end without mentioning the Supporters. The entire community that surrounds TwinTrail has been the main axis for the three riders to embark on the adventure of the #Road2Dakar and now, they are the unconditional support they need to keep going.

In the Supporters section of the web, you can find all the information to become an official supporter and be up to date with all the news of the team through a private Telegram channel, among others.